Cup Nominations Are In! 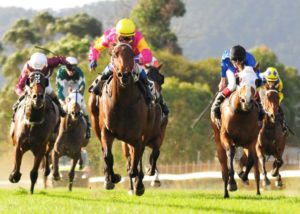 MURWILLMBAH trainer Matt Dunn could have as many as three runners in Friday’s $38,000 Riverview Hotel Murwillumbah Cup (1530m) after the Tweed River Jockey Club accepted 19 nominations for its feature race today.

TRJC secretary Leanne Manning confirmed the leading country trainer has not only three nominated for his home town Cup but another 14 in the seven support races as well.

While he has nominated three horses including Mystical Renegade and Zamex for the Cup he also has runners nominated in the two main support races with Bancroft entered in the $28,000 TURSA Newmarket Handicap

He has also nominated five apiece in the 1200m Maiden and 1530m Maiden Plate.

“We have a number of other local trainers who have nominated horses, Darryl McCabe, Paul Nipperess and Angela Graham all have runners.

“Trainers such as Helen Page (Gold Coast) and Stephen Lee (Ballina/Gold Coast) have been great supporters of us also have nominated horses.”

She said the fact Murwillumbah is close to the border makes it even more enticing for the Queensland trainers to slip across and race in NSW.

While the club received 134 nominations it has extended nominations on three of its Cup day races until 11am Tuesday.

For Leanne Manning her first official Cup meeting will be an exciting day and she is hoping the forecast storms for Friday arrive late after the final race.