Cup Day On The Tweed 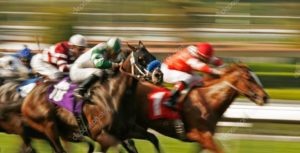 Both clubs have extended nominations on two of its five races in the hope of swelling all five races to at least eight runners apiece.

All NSW non-TAB races on Tuesday are restricted to eight runners because of the lack of horses, jockeys and stewards on the big day.

Tweed River Jockey Club secretary manager Leanne Manning said the 53 nominations will ensure a good meeting and is hopeful of a few more late nominations to shore up the two extended races.

“That’s a nice number to handle.”

The upstairs lounge is booked as are all the marquees.

Fashions on the Field is another feature on a day where the club also stages the $6000 Jason Birney Memorial Maiden Plate (1530m).

That has attracted 10 nominations.

He said local jockey, Jasen Watkins, also continues his comeback to racing at the meeting.

“He was hurt badly at Darwin and only had his first meeting back at Casino the other day,” he said.

“He rode a double. He looks like he might have four or five rides already on Tuesday.”