Celebrate the Cup in Tamworth and on the Tweed 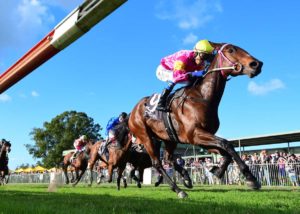 TAMWORTH and Murwillumbah might be many kilometres apart but the two towns share a major racing day on their calendar.

While the Melbourne Cup is run and won at Flemington racecourse both Murwillumbah and Tamworth “frock up” for a big “social” meeting come Tuesday.

Some, like Coffs Harbour, have a gourmet buffet lunch and Albury has a Cup Luncheon.

All have Fashions On The Field and most of them have just the five races which are restricted to eight runners because of the lack of the jockeys and horses.

Muswellbrook Race Club has a seven-race TAB meeting highlighted by two $25,000 features, the 900m Bowman Sprint and the 1750m Mayors Cup. The Muswellbrook Cup used to be run on the day as well but that has now been moved to later in the year.

At Murwillumbah the TRJC is just about booked out with its lounge and marquees full. It has Fashions On The Field as well as Kombi Keg.

At Tamworth the TJC is preparing for big day with more than 3000 expected to a five-race non-TAB meeting. Race sponsors – Peel Valley Tyres, Shay Brennan Constructions, Allsopp Signs, Rapid Clean and Dutton Electrical – are part of a day where all the marquees are booked out.

The five races will also be held on the Tamworth B Grass with renovations to the course proper already started by TJC Track Manager Lindsay Bowne and his staff.

TJC general manager, Kay Jeffrey, said Tuesday’s meeting is “very much the social side of things”.